How Much Testing Is Too Much? 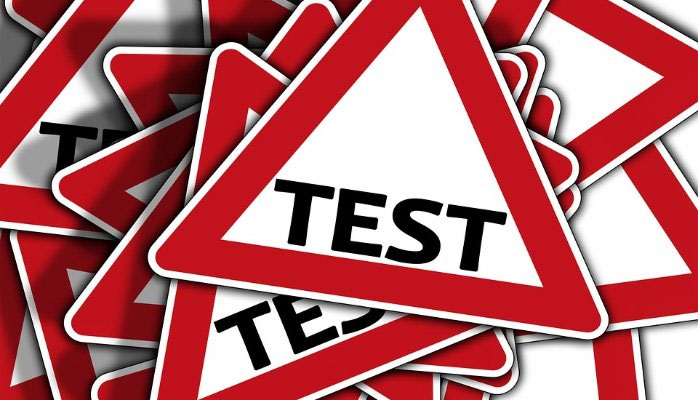 A whirlwind of facts, research data, opinions and arguments has developed around testing practices in our schools. The headlines “Nationwide Test Shows Dip in Students’ Math Abilities,” and “Study: Kids Take 100-Plus Required Tests Through 12th Grade,” add fuel to the already smoldering debate. Central to the discussion is the recent release of a 164 page study from the Council of the Great City Schools. It is useful to keep in mind that the Council is composed of superintendents and school board members from 66 of the nation’s largest urban school systems. Whether or not the size or location of a school system plays a role in the results is not a question that appears to be addressed in those 164 pages. Indeed, the report admits that it “does not answer all questions on this complex issue.”

“Complex,” that’s the word to keep in mind when considering the ramifications of the data presented. Simply trying to read the information involves understanding an avalanche of acronyms: NCLB, RTT, NAEP, CTE, SLO, PARCC, SBAC, CCR, EOC, SAT, ACT, CCSS, AP, IB, ITBS, NWEA, NWEA-MAP, VAL-ED, ELL, PSAT, SRI/SMI, DIBELS, CogAT, DRA, STAR, EOC, ELP, and that’s just in first couple of dozen pages. What many point to as the report’s most important finding, however, is the amount of time involved in taking tests. So much so that a presidential call for capping this amount at 2 percent of classroom time has resulted.

Currently, it is 2.3 percent; it doesn’t seem like much.  But that only counts the time it takes for the student to sit down and take the 100-plus standardized tests that are required from Pre-K to 12th grade. What this leaves out is the classroom hours devoted to preparation ahead of mandatory testing, regular day-to-day quizzes and teacher or school-developed tests in math, science, foreign languages and other topics. That 2.3 percent translates into 20-25 hours just taking the tests. And, as any teacher or student will tell you, it takes a lot longer to prepare for a test than to take it.

Students and teachers are faced with an ever-expanding universe of knowledge. A student in say, 1950, has a lot less American History to learn than one in school today. The knowledge base of almost every subject has grown exponentially in the past few decades. Technology, world events, and a changing political zeitgeist have all created important fields that simply did not exist before. There seems to be so much more to learn. So, it appears to some that our commitment to standardized testing limits what teachers can teach. If innovation, at its root, is finding new ways to combine previously disconnected information, how can limiting the scope of the input help the process? They claim that testing has run rampant.

One of the more interesting findings of the study was how parents perceived testing. In what is a revealing statistic, 83% of parents questioned agreed with the statement “It is important to have an accurate measure of what my child knows,” and 78% agreed with “Accountability for how well my child is being educated is important, and it begins with accurate measurement of what he or she is learning in school.” But, surprisingly, only 63% agreed with “Tests that provide a more accurate measure of what my child knows are important, even if it means that he/she gets lower scores.” So, while “accountability” and “measurement” are very important, as soon as the word “test” is added, support drops.

How “test” became educations’ newest four-letter word involves more than students and parents complaining about the time involved. But if we are going to have a meaningful discussion about how we measure a student’s progress, we need to start by realizing that tests are an essential part of the educational process. How much testing, when it is appropriate, and how the results are used are topics that continue to engender extensive debate.